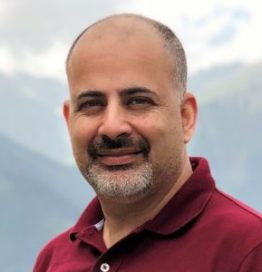 Moderator and GUTMA board member, CEO of ANRA Technologies

Amit Ganjoo is a serial entrepreneur and the Founder and CEO of ANRA Technologies, an Award Winning UAS Workflow and Traffic Management Platform provider based in Washington DC. ANRA is a platform and technology provider to multiple commercial and government entities internationally.
Amit has over 20 years of aviation, telecom and wireless experience in both the federal and the commercial space. He is an engineer, a licensed pilot, following a lifelong passion in aviation and builds experimental aircrafts. Until December 2016, he acted as the co-chair for FCC’s Technical Advisory Council (TAC) for 5G and IoT, which included ground and airborne autonomous vehicles. He was the Director of Engineering and Principal Architect at Ericsson, providing telecom solutions to commercial customers and the Federal Government, where he was the recipient of the Athena Award. Previously, he was the co-founder of a Mobile Marketing company from which he had a successful exit in 2009.

NEXT
We use cookies to ensure that we give you the best experience on our website. If you continue to use this site we will assume that you are happy with it.Ok