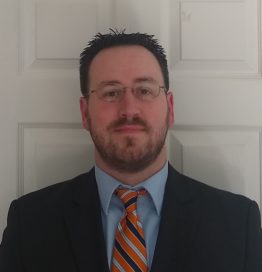 Jarrett Larrow is a member of the Federal Aviation Administration’s (FAA) Unmanned Aircraft Systems (UAS) Integration Office; AUS-430 (Safety & Operations) Branch located at FAA Headquarters offices in Washington, DC. He facilitates cross-LOB efforts in development of UAS Traffic Management (UTM) and leads the safety related aspects of the program.
Before joining the UAS Integration Office, Jarrett led similar efforts in Flight Standards focusing then on Communication, Navigation, and Surveillance technologies and concept development. Jarrett has also spent over a decade in avionics standards and policy development within Aircraft Certification and previously within the UAS Integration Office. Prior to joining the federal government, he worked for Sikorsky Aircraft on both the S-92 and RAH-66 Comanche programs

PREV
We use cookies to ensure that we give you the best experience on our website. If you continue to use this site we will assume that you are happy with it.Ok