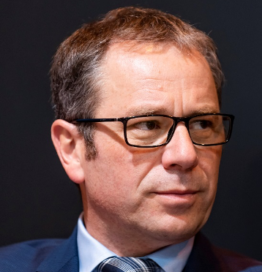 Joined EUROCAE in July 2014 as Secretary General. Since than he is responsible for the operational management and development of the Association.
As former President of the Air Navigation Commission (ANC) of the International Civil Aviation Organization (ICAO) he was responsible for developing Standards and Recommended Practices (SARPs) in the field of Air Navigation and Safety.
Prior to his posting at ICAO, Mr. Schleifer was in charge of Aircraft and Equipment Certification, Airworthiness and Operational Requirements at the Austrian Civil Aviation Authority.
In this role, Christian Schleifer was a specialized Certification and Flight Test Engineer for Avionics, Electrics and Human-Machine interface. After his return from ICAO, he was involved in the strategic development of the ANS side of Austro Control, contributing to the European and Global Air Navigation modernization programs.
Christian has a background in Electronic Engineering and Economics and is also holding an Avionic Maintenance License (AML) as well as a Commercial Pilot License (CPL) and actively flies single and multi-engine aircrafts.

PREV NEXT
We use cookies to ensure that we give you the best experience on our website. If you continue to use this site we will assume that you are happy with it.Ok