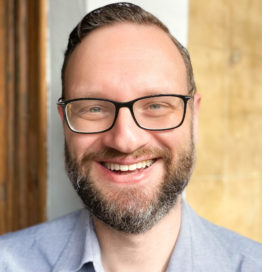 Lorenzo Murzilli CEO of Murzilli Consulting, a digital consulting agency focused on aviation.
For the last 10 years have been co-leading the Swiss FOCA in (Federal Office of Civil Aviation Switzerland) Innovation and Digitalization Unit – creating cutting edge frameworks for seamless and safe integration of advanced technologies in the digital airspace of tomorrow.

Lorenzo is a graduated aerospace engineer, innovation manager and specialist in aviation, system safety and drones.

Leader of the Joint Authorities for Rulemaking on Unmanned Systems WG-6 and Program Manager of the Swiss U-Space Implementation (SUSI) he oversights the risk management process and policy of all critical drones’ operations in Switzerland and works to improve the perception of unmanned aerial vehicles worldwide.

Lorenzo has been amongst the founding fathers of the Global UTM Association (GUTMA) where he is entrusted with the function of Treasurer and member of the executive board of directors.

Guest lecturer at the Zürich University of Applied Sciences (ZHAW), previously with Leonardo and Pilatus Aircraft, Lorenzo has developed a striking ability to boost innovation in safety critical environments and enjoys exploring the intersection of safety and disruptive technologies that can advance the human race forward.

BVLOS | Airspace characterization and the challenges of air risk modelling