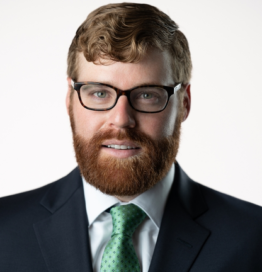 Matthew Satterley is a member of the Wing policy team.  Matthew supports federal and international policy efforts with a focus on UAS traffic management (UTM).  He has worked for over six years to help shape UTM in the United States of America and abroad, including emerging UTM programs in Australia, Finland, France, Switzerland, and the United Kingdom among other places.

Prior to his work on UTM, Matthew served the Office of Congressman Frank A. LoBiondo (NJ-02) as Deputy Chief of Staff and Legislative Director where he interpreted and drafted legislative proposals in support of Congressman LoBiondo’s Chairmanship of the Aviation Subcommittee in the U.S. House of Representatives.

Matthew is a graduate of St. Lawrence University.

4:00 pm - 5:00 pm Online - CET (time zone)
View full schedule
PREV NEXT
We use cookies to ensure that we give you the best experience on our website. If you continue to use this site we will assume that you are happy with it.Ok