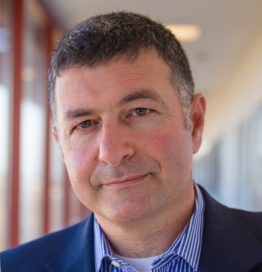 Prof. Gabriel M. Rebeiz is Member of the National Academy, Distinguished Professor and the Wireless Communications Industry Endowed Chair at the University of California, San Diego. He is an IEEE Fellow, and is the recipient of the IEEE Daniel E. Nobel Medal, the IEEE MTT Microwave Prize (2000 and 2014), the IEEE MTT 2010 Distinguished Educator Award and the IEEE Antennas and Propagation 2011 John D. Kraus Antenna Award. His group has led the development of complex RFICs for phased array applications from X-band to W-band, culminating recently in wafer-scale integration with high-efficiency on-chip antennas. His phased array work is now used by most companies developing complex communication and radar systems. His group has published more than 800 IEEE papers, and he has graduated nearly 100 PhD students and post-doctoral fellows.

Cellular Networks as a fabric for Aviation Functions – Technical Implications

6:00 pm - 7:00 pm Online - CET (time zone)
View full schedule
PREV NEXT
We use cookies to ensure that we give you the best experience on our website. If you continue to use this site we will assume that you are happy with it.Ok