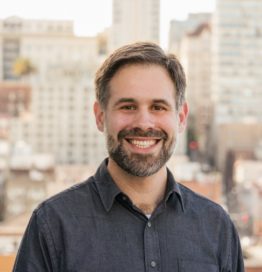 Peter Sachs is leading Airbus UTM’s effort to develop an open quantitative risk framework for operators, manufacturers and policymakers involved in making UAV safety decisions. As Airbus UTM’s Safety & Risk Architect, he is continually looking for ways to build a common understanding of safety issues. Airbus UTM is designing the critical infrastructure which will allow new aircraft including air taxis and delivery drones to safely enter and share the skies of our future. Peter was previously an FAA air traffic controller, most recently at San Francisco International Airport. He received NATCA’s Archie League Medal of Safety Award for his contributions as part of the tower team working the day Asiana Flight 214 crashed in 2013. He had a key role in the tower’s transition to a new radar system, and extensively tested a touchscreen interface to replace paper strips. Peter investigated safety events at the tower, producing videos and other training materials to share lessons learned and improve procedures. And he was NATCA’s lead in addressing runway incursions and wrong surface landings in the western United States.

An introduction to SORA risk assessments

11:15 - 12:15 Pioneer Theater
Pop-up
View full schedule
PREV NEXT
We use cookies to ensure that we give you the best experience on our website. If you continue to use this site we will assume that you are happy with it.Ok