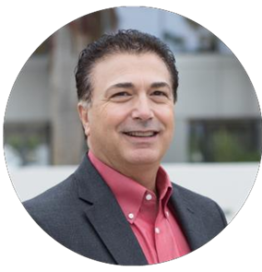 Mr. Caliguri has over 25 years of experience in the telecom and technology industries, and has led the Acorn telecom division since its inception. Previously, he was one of eight founders and senior executive officers at Leap Wireless, Inc., an international wireless telecom company with a portfolio of spectrum licenses (Mexico, Chile, Australia and Russia) that began as a 1998 spin-off of QUALCOMM. As a key member of Leap’s founding executive management team, Steve helped guide Leap’s three-year transition into a major international wireless competitor and the 10th largest U.S. carrier, with 1,000 employees, revenues exceeding$500M annualized, and more than 1 million wireless customers. In addition, Steve has extensive M&A and corporate development experience, and was responsible for Leap’s profitable investment in the Chilean wireless operating company SMARTCOM PCS. Prior to Leap Wireless, Steve was senior director of product management for the CDMA Infrastructure Division of QUALCOMM, where he focused on the development of world-class products for system-level applications including WLL, mobility systems, data systems, and advanced network solutions. He received his Bachelor of Science degree in physics from Boston College in 1984 and an MSEE from Northeastern University in 1988. He also attended Boston College’s MBA program.

10:45 - 12:00 Auditorium
View full schedule
PREV NEXT
We use cookies to ensure that we give you the best experience on our website. If you continue to use this site we will assume that you are happy with it.Ok