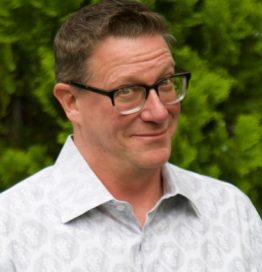 Ted Lindsley is CEO of SqwaQ, which just unveiled the SqwaQbox 20+Mbps multi-redundant drone comm-link at the AUVSI Expo on May 1st, 2019.  The SqwaQbox combines the bandwidth of up to twelve individual 3G/4G/LTE connections across multiple simultaneous cellular networks to deliver massive throughput up to 5000’AGL, nationwide coverage and collision threat avoidance so drones, air taxis, helicopters and other low flying aircraft can share the same airspace. The company has 4 patents already issued and bandwidth agreements to provision prioritized data services on 620+ global networks across 130 countries. The technology resolves current hurdles of BVLOS operation for drones and UTM limitations while introducing a path for all connected aircraft to share the same airspace today.

Ted is also the CEO of Olaeris, which developed AEVA, the first civilian VTOL unmanned aircraft to begin a complete FAA Part 27 Type Class certification as a helicopter designation to fly unfettered in the airspace.  Kept quiet from the drone industry, AEVA was introduced at the 2016 HAI Helicopter Expo to enormous attention in general aviation and received $95 Million in signed pre-orders from helicopter fleet operators who immediately responded to the quality of design. AEVA is a self aware, intelligent VTOL robot capable of carrying 11 pounds for one full hour in a weather sealed fuselage that sustains winds of 40mph while making its own flight decisions using onboard radar, LIDAR and ADS-B. It is so well built, it comes with a 10-year, 10,000 hour unlimited warranty and the aircraft completed a 6-month design review with $2.5B HAECO in preparation for FAA certification.

14:30 - 15:30 Pioneer Theater
Pop-up
View full schedule
PREV NEXT
We use cookies to ensure that we give you the best experience on our website. If you continue to use this site we will assume that you are happy with it.Ok