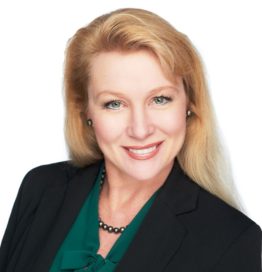 As the Vice President of Regulatory and Safety Affairs, and the Chief Pilot of the Association for Unmanned Vehicle Systems International (AUVSI) Remote Pilots Council, Tracy Lamb brings 23 years of commercial flight experience.

She has over 7000 flight hours as an International Airline pilot [Boeing 737], she is a Senior Certified Flight Instructor a Charter Pilot in the Australian outback and Asia Pacific, also worked as an international corporate jet pilot, flying the Cessna Citation range of aircraft to remote islands including; Papua New Guinea, Vanuatu, Fiji, Nauru, Christmas & Cocas Islands and Indonesia. (her movie star passengers included Mathew McConaughey!)

In addition to her manned aviation, she is a certified UAS pilot [USA & Australia], with 5 years of commercial UAS operations flying missions in the Agriculture, Mining, research and industrial plant installation sectors in Australia and in Europe.

She was the 109th person to receive an ‘Unmanned Operators Certificate’ in Australia. She has been chased by brown snakes and wild emu’s in this role on several occasions.

Tracy is a certified ‘ISO 9000:2008 Lead Auditor’ in her previously role she conducted operational safety audits and inspections on Airlines and Aircraft operators including; helicopter and Unmanned Aircraft Operators and Maintenance Organisations around the world. For 3 years, Tracy was the Global project lead for this organisation, developing Unmanned Inspection Capabilities in the Netherlands, France, United Kingdom, South Africa, Spain, Canada the South America.

15:15 - 16:30 Auditorium
View full schedule
PREV NEXT
We use cookies to ensure that we give you the best experience on our website. If you continue to use this site we will assume that you are happy with it.Ok