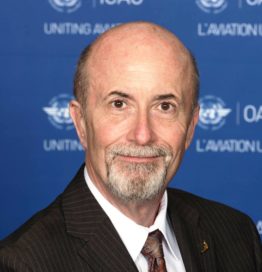 ICAO, Special Adviser to the Director

William R. Voss is a Special Adviser to the Director of the Air Navigation Bureau at the International Civil Aviation Organization (ICAO). Until recently, he served on the ICAO Air Navigation Commission where he was one of 19 independent experts from appointed by countries from around the world to advise the ICAO Council on the adoption of international standards and oversee the technical panels that develop those standards.

Bill served for 6 years as the President and CEO of the Flight Safety Foundation. He was a widely recognized as an advocate for aviation safety, and worked around the world with senior officials, regulators, and industry partners to promote best practices and address emerging safety challenges.

Prior to that he was the Director of the Air Navigation Bureau at ICAO where he directed the development of international standards, guidance material, and the implementation of global programs, such as the implementation of Safety Management Systems and the ICAO Universal Safety Oversight Audit Program.

Bill started his aviation career at the age of 15.   He was certified as an Airline Transport Pilot and an Airframe and Powerplant Mechanic and was then joined the Federal Aviation Administration as an as an air traffic controller.   He held a number of operational and staff positions at the FAA and ultimately had executive responsibility over the research, development, and acquisition of many of the FAA’s air traffic control automation and surveillance systems.

He holds a Master’s Degree in Public Administration from the University of Oklahoma, and a Bachelor’s Degree in Aviation Maintenance Management from Lewis University.