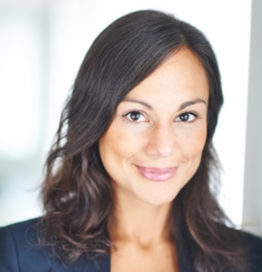 Mildred Troegeler is Director, Global Airspace Integration at Boeing NeXt ,a business division building the ecosystem that will define the future of urban, regional and global mobility.

Mildred leads the airspace integration regulatory strategy across the company working with regulators around the world to support and enable the safe integration of autonomous systems into national airspace with a continued focus on safety.

In 2015, Troegeler joined Boeing as the director of Technical & Regulatory Affairs in Europe. In this role, she was responsible for representing Boeing interests with all European institutions, most notably the European Commission, European Aviation Safety Agency and the European Parliament, in the areas of aviation safety, cybersecurity and unmanned aircraft systems. Previously, she served as technical and operations general manager at the Association of European Airlines (AEA). Before joining the AEA, she shaped space policies at the United Nations as a legal and policy advisor to the German Aerospace Center.

Boeing NeXt is a Silver Sponsor of Connected Skies, and member of the Global UTM Association.