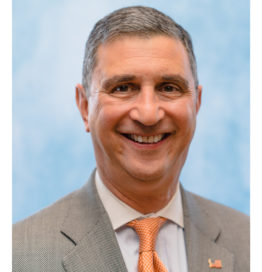 After Eclipse, he became president of Raisbeck Engineering in Seattle and then started his third company in 14 years, AeroVoodoo LLC, a hardware and software aerospace engineering company. In 2019 he started his fourth company, Aero Data Science, a company with a maniacal focus on improving flight safety in Part 23 and Part 25 business aviation turbine operations.

These experiences of leadership allowed him to become a spokesperson for the aerospace industry and ultimately, positions him well to provide a molecular understanding of how aerospace companies design airplanes, certify airplanes, bring airplanes to market, and build relationships with their customers.

Prior to his entry into aerospace, he spent 12 years at Dell Computer during the embryonic years as the computer industry went through its hyper-growth phase.

McConnell attended the University of Texas at Austin and is a FAA rated pilot.  He has owned and flown 6 different aircraft, is building an EXPERIMENTAL aircraft and aspires to race at the Reno Air Races one day. He and his family live in Austin, Texas.