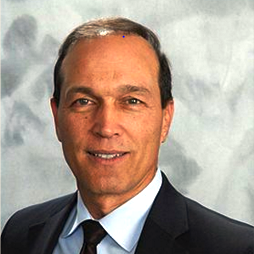 RDML Kenul (ret) began his service as a NOAA Corps officer aboard NOAA Ship Whiting, a hydrographic survey vessel, and then as chief of a hydrographic field party surveying the Gulf of Mexico. His career then focused on NOAA aviation. RDML Kenul flew light aircraft in support of aeronautical charting and photogrammetry while also serving as chief of those respective branches. He then trained with the Navy to become a WP-3D Orion aircraft pilot, and served for two years as acting chief of the military operations branch, Naval Research Laboratory. He reported to NOAA’s Aircraft Operations Center where he served consecutive positions including heavy aircraft coordinator, chief of flight management, and chief of the aircraft maintenance branch. During this time he served as an Aircraft Commander with NOAA’s Hurricane Hunters. He later served as Director, NOAA Homeland Security Program Office, Commanding Officer, NOAA Aircraft Operations Center, and Director, NOAA Marine and Aviation Operations Centers responsible for NOAA’s fleet of ships and aircraft.  He has be directly involved with unmanned systems since the early start of these emerging technologies in NOAA. He now supports NOAA’s UAS Program Office. Most recently he acted as the NOAA Global Hawk Project Manager during the SHOUT (Sensing Hazard with Operational Unmanned Technology) hurricane program.

RDML Kenul holds a bachelor’s degree in biology from the State University of New York at Cortland and a master’s degree in environmental and civil engineering from the University of Texas at Austin. Before joining the NOAA Corps, he was an engineer at the Texas Department of Water Research.