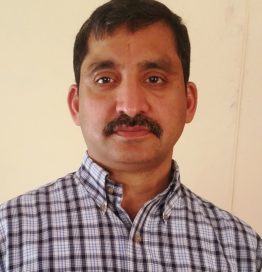 Kamesh Namuduri is a Professor of Electrical Engineering at the University of North Texas. He received his B.S. degree in Electronics and Communication Engineering from Osmania University, India, in 1984, M.S. degree in Computer Science from University of Hyderabad in 1986, and Ph.D. degree in Computer Science and Engineering from University of South Florida in 1992. Over the past ten years, his research is focused on aerial networking and communications. He co-organized a series of workshops on “Airborne Networking and Communications” in conjunction with IEEE, AIAA, AUVSI, and ACM Conferences.  He is serving as the chair for the IEEE Standards Working Group (IEEE 1920.1: Aerial Communications and Networking Standards). He is also serving as the Chair for the IEEE Vehicular Technology Society’s Ad Hoc Committee on Drones. He is a co-editor for the book titled “UAV Networks and Communications” published by the Cambridge University Press in 2017. He published over one hundred research articles to date. He is leading the Smart and Connected Community project on “Deployable Communication Systems” in collaboration with the government, public, and private organizations. This living laboratory project was demonstrated thrice during the Global City Teams Challenge hosted jointly by the National Institute of Standards and Technology and US Ignite in 2015, 2016, and 2017. He contributed to the development of research agenda, requirements and blueprints highly deployable communications systems led by the National Institute of Standards and Technology and National Public Safety Telecommunications Council.